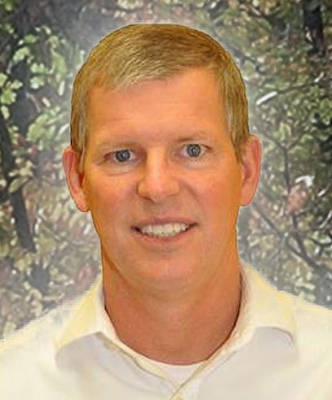 Dr. Peck has been providing Enid area residents with eye care for over 25 years. He is a native of Woodward and earned his Bachelors Degree at the University of Oklahoma. He received his Doctorate in Optometry from the University of Houston and completed an externship at Fort Carson Army Hospital in Colorado Springs, CO. Following his training, Dr. Peck moved back to Enid and joined Drs. Miller, Lawrence, and Nicholas at the Enid Eye Clinic.

Ten years later he began his own solo private practice and constructed the current Visual Pathway location at 517 West Maine. Dr. Peck has served several terms as deacon and elder at the First Presbyterian Church where he is a member. He has been a commissioner for the Department of Human Services for 12 years. He also is a member of the American Optometric Association and the Oklahoma Association of Optometric Physicians.

Dr. Peck has been married to Jan Collins Peck for over 30 years. They have three grown children: Leslie and her husband Riley of Washington D.C., Collins of Oklahoma City, and Trey of Norman.

Schedule An Appointment
Patient History Form
Review Us
Email Us